Skip to primary navigation Skip to content Skip to footer

Guided Excursions to the Islands of Sardinia

The Archipelago is located between Sardinia and Corsica at the eastern entrance to the Straits of Bonifacio and without counting the numerous rocks and islets, it comprises 7 main islands divided into two groups: those to the Northeast of La Maddalena (which give the Archipelago its name), Caprera and Santo Stefano and Spargi, Budelli, Razzoli and Santa Maria to the North West.

At one time these were called the “Intermediate islands” and have been inhabited since the eighteenth century.

The island of La Maddalena has an area of about 20 square kilometers and about 45 kms of jagged coastline dotted with picturesque coves and beautiful bays. The town of La Maddalena makes it also the only permanently inhabited island in the archipelago.
Inland it is dominated by a series of hills, the highest of which is the Vecchia Guardia that reaches 146 m above sea level.

From its summit you can admire a romantic panoramic view and the vast expanses of beautiful and striking yellow-pink rocks. 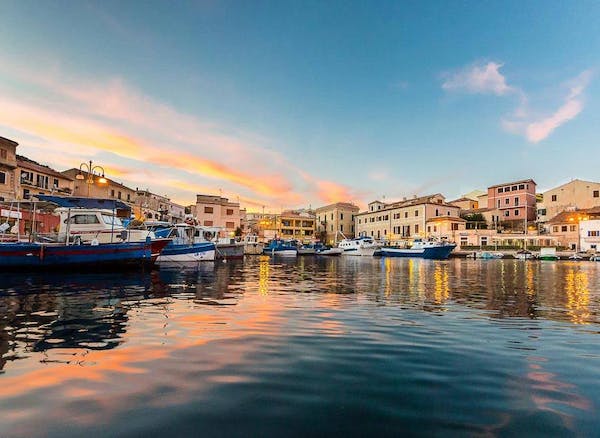 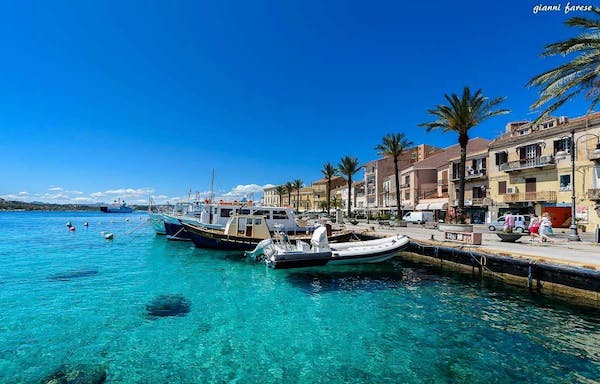 A scenic road encompasses the entire island and allows visitors to discover places of extraordinary beauty, some of which retain a wild and unspoilt character and which have become a major tourist attraction.

These include the Cala Spalmatore, located in an area rich in granite rocks and dense vegetation; Porto Massimo, located in the north of the island where in recent years a marina was built and around which a highly attractive holiday resort has been developed; Punta Marginetto and Punta Cannone, located at the northern end of the island, either side of the Abbatoggia inlet, an environment of alternating short stretches of sand and wild-looking cliffs and Giardinelli, located on the eastern side of the island with views of Caprera and rich in spectacular granite formations.

The archipelago has a total area of almost 50 square kilometre La Maddalena is the largest island and has a population of 13,000 inhabitants.

The island’s soil is poorly suited to crops and is mostly covered by Mediterranean scrub or maquis. The coastline is rocky and characterized by granite formations that the wind and sea have reshaped over the centuries.

Proof of this was the establishment in 1994 of a National Park for the protection of all the resources in the area, recognized by EU as a site of special interest and considered one of the most breathtaking environments in the world in terms of morphologies, plant landscapes and biotic sea. Learn more about the other islands of the Archipelago below! 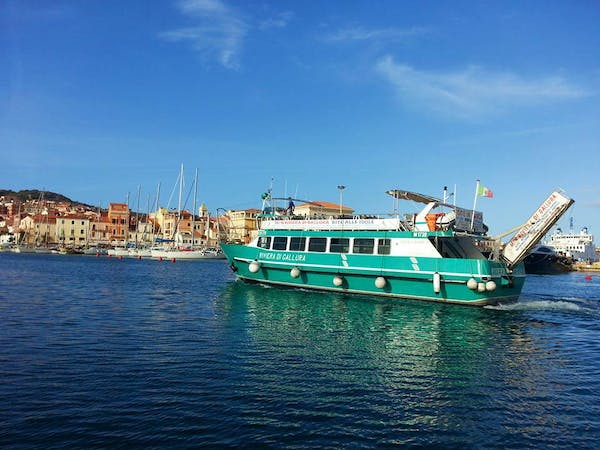 The Island of Santo Stefano

This island is located south of La Maddalena and dominated by Monte Zucchero which reaches 100 metres above sea level.

Along its northern coast it has a number of remarkably beautiful inlets including the spiaggia del Pesce with its crystalline waters. For thirty years the island was a submarine base for the US Navy.

The Island of Spargi

The island has a unique almost circular shape and is dominated by the Guardia Preposti hill which rises to 155 meters above sea level.

Here there is a small plain where a few shepherds live who built little granite shacks. Cala Corsara is found along the coast, near which the remains of an ancient Roman ship were discovered.

The Island of Budelli

Budelli is located to the north of Spargi and is characterized by nature that is still unspoilt. It is dominated by Monte Budelli which rises 87 meters above sea level. Its coastline has a number of famous beaches including the “Pink Beach”, so called because of the typical colour of the sand.

Razzoli is located to the north of Budelli, heading towards the Straits of Bonifacio. It is dominated by the 65 metre high Monte Cappello, and is characterized by steep and rocky shores with an unparalleled beauty. You can only gain access to the island from Cala Lunga, where there is a currently uninhabited stretch of beach that was once used by fishermen and hunters looking for wild rabbits.

The Island of Santa Maria

This island is located east of Razzoli and consists of a flat expanse dominated by the Guardia del Turco which is no more than 50 metres high.

The Island of Caprera

Home to the Garibaldi Compendium which consists of buildings once owned by Giuseppe Garibaldi and later transferred by his heirs to the Italian State which oversaw the last restoration, here is the famous “Casa Bianca” or “White House” where Garibaldi spent the last years of his life and where all the memorabilia documenting his exploits and daily life on the island are collected. Around the courtyard of the house are the stables and storage rooms while out in the back are the oven, the first windmill built by the general, and a monument with a bust of Garibaldi by Bistolfi.

A wide path leads from the bust to his tomb which consists of a simple granite block next to the graves of his wife Francesca Armosino and children Manlio, Teresita, Rosa Anita and Clelia.

We use cookies to enable the proper functioning of our websites. By clicking 'Accept All', you consent to the use of cookies to enhance your user experience, security, analytics and customization. For more information and to understand how we use your data for required purposes, and how to change your consent, please visit our Privacy Policy.